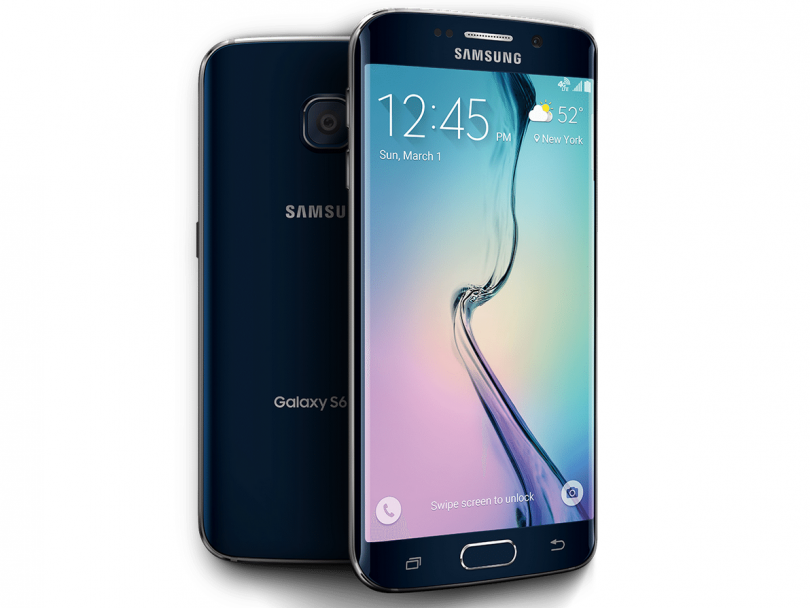 The smsung galaxy s6 edge run android 5.0 lollipop and is available from a variety of carriers, including AT&T Wireless, Sprint, T-Mobile, U.S. Cellular, and Verizon Wireless.

The Galaxy S6 Edge has a 16 megapixel rear (primary) camera, which will capture high quality images, It also features a 5 megapixel front camera for selfies. It can capture 4K high definition video with its primary camera, the highest resolution current smartphones support.

The Galaxy S6 Edge possesses a 5.1 inch screen for its display purposes.

The screen has a resolution of 2560 pixels by 1440 pixels which makes it a 2K HD screen. Screen sharpness can be measured in the density of pixels per square inch of screen, and at 576 PPI.

The Galaxy S6 Edge houses an octa core Samsung Exynos 7 Octa 7420 system on a chip. Its CPU runs at 2.1 GHz, which is much higher than average for a smartphone processor.

It also fetures a cool 3 GB of RAM memory and an internal storage of 32GB or 64GB or 128GB, but no micro SD card. Even at that, it still has a significant performance boost over most phones.

The Galaxy S6 Edge has an advertised talk time of 20 hours, significantly longer than the overall average talk time which is 8 hours. In terms of battery capacity, which is the best indicator of overall battery life, it holds 2,600 mAh, a massive battery capacity for a phone.

The current price of the samsung galaxy s6 edge in Nigeria today is N125,000 (629 USD) and can be in various online stores with pay on delivery and free using some deal coupon codes.