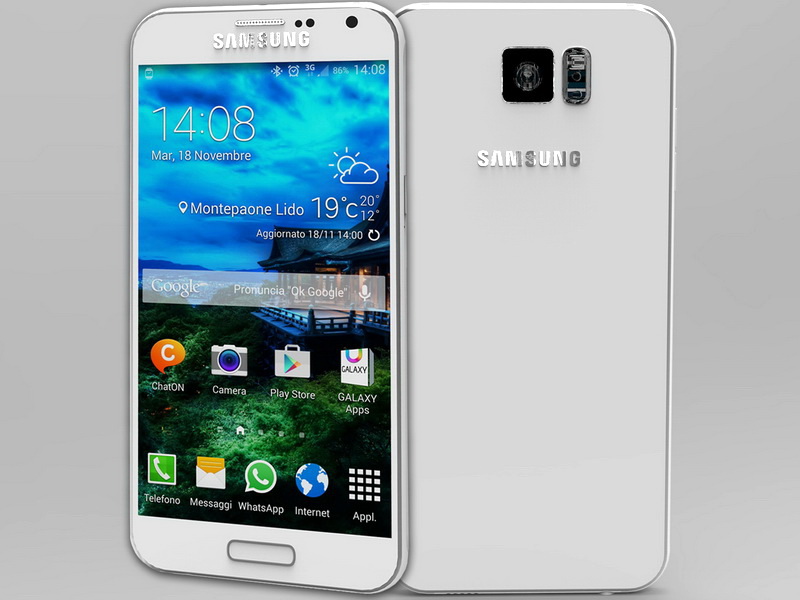 The Samsung Galaxy S6 is available from a variety of carriers, including AT&T Wireless, Boost Mobile, Cricket, Metro PCS, Sprint, T-Mobile, U.S. Cellular, and Verizon Wireless, The smartphone from samsung runs on the Android operating system.

The Galaxy S6 has a 16 megapixel rear (primary) camera and a 5 megapixel front camera which makes it a good selfie phone. It can capture 4K high definition video with its primary camera, the highest resolution current smartphones support.

The Galaxy S6 sports a 5.1 inch screen, placing it on the larger end of smartphone screens, The screen has a resolution of 2560 pixels by 1440 pixels, making it a 2K HD screen. Screen sharpness can be measured in the density of pixels per square inch of screen, and at 576 PPI.

The Galaxy S6 houses an octa core Samsung Exynos 7 Octa 7420 system on a chip. Its CPU runs at 2.1 GHz, which is much higher than average for a smartphone processor.

3 GB of RAM means that it has much more memory than what’s typical, giving it a significant performance boost over most phones.

The Galaxy S6 has an advertised talk time of 20 hours,significantly longer than the overall average of 8 hours. In terms of battery capacity, which is the best indicator of overall battery life, it holds 2,550 mAh, a massive battery capacity for a phone.

The price of the galaxy s6 in Nigeria today is N136,500 (685 USD) and can be bought in various online stores with free delivery and free delivery.