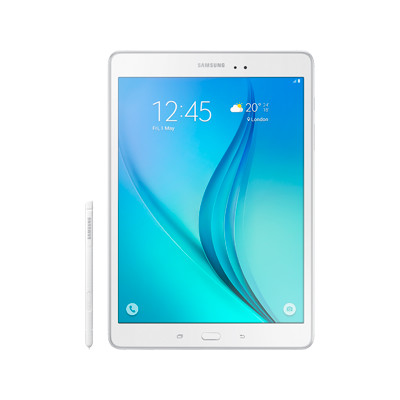 It’s been a while since we last saw a new Samsung tablet. But earlier this year, samsung introduced various new slates into the market.

The Galaxy Tab A Plus comes with a screen with 1024 x 768 pixels (and 4:3 aspect ratios). Other cool features of the galaxy tab plus includes Snapdragon 410 processors, 5MP rear cameras, 2 MP front-facing cameras, 16 GB of internal memory, and 7.4mm-thin body.

The Tab A Plus brings along a 2 GB (this, and the fact that the Plus variant has an S Pen, are the only major differences between the slates).

For Battery, the 9.7-inch galaxy tab plus packs a 6000 mAh battery which is a very massive battery.

Given its low-resolution display and some mid-range features, we were not expecting the Galaxy Tab A Plus to cost much. But for some reasons, the price of the galaxy Tab plus ended up a little bit higher than expected.

Samsung Galaxy Tab A Plus (with S Pen) Full Specs Below