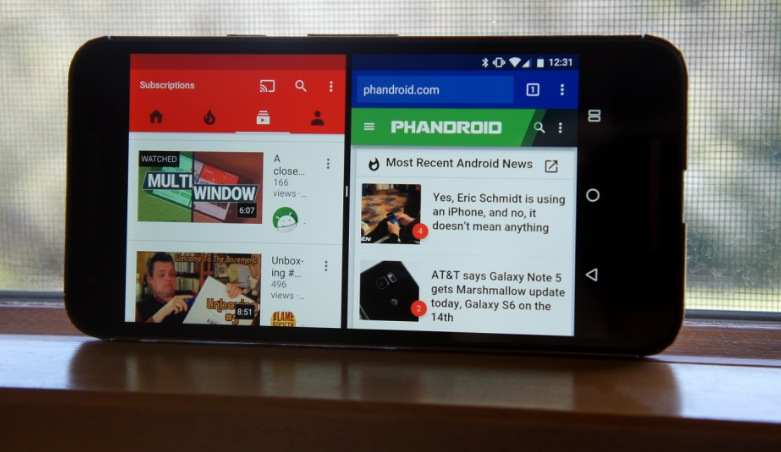 One of the newly added features in the Android 7.0 Nougat updates released for Infinix Note 3 and Infinix Zero 4 is the split-screen multitasking feature.

What the “split screen” function does basically is to give you the ability to split your screen into two and run two apps on the same screen at the same time.

This function has been around since the dawn of Android 7.0 and it is available on other devices running Android Nougat. The procedure is pretty much the same for all android Nougat devices.

For our Infinix friends who just recently upgraded to latest Android version, here is how to perform the split screen on your Infinix devices:

Step 1. First, you need to launch and minimize the two apps you want to run on the same screen.

Step 2. Tap the multitasking button, press and hold the one of the apps you want to use in split screen mode, you will see “Drag here to split screen” at the top of your phone. Drag and drop the app there to create split screen. 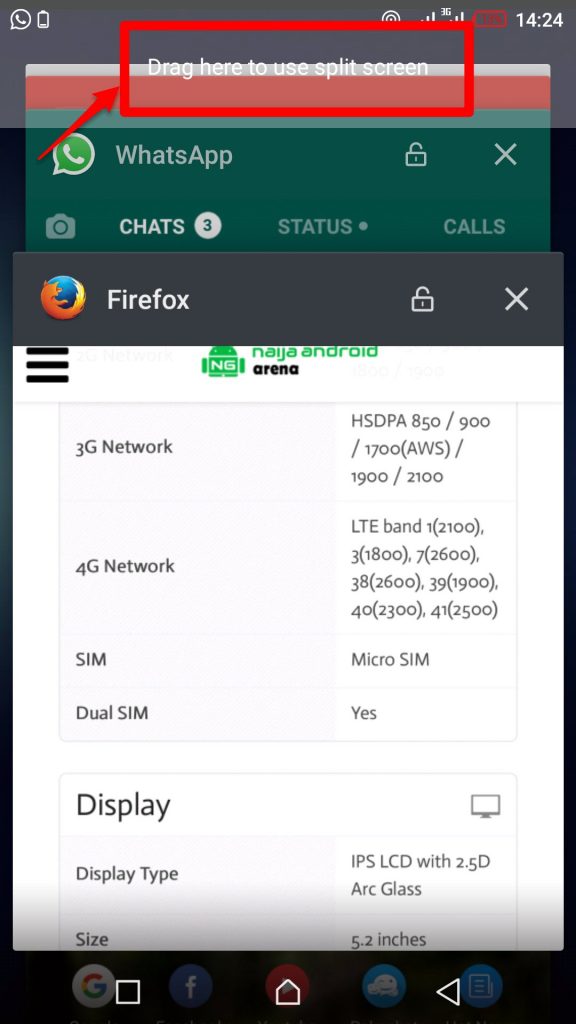 Side note: not all apps support the split screen function.

To check if and app support the split screen function, when you open and minimize the app, tap the multitasking button, if app is not compatible with split screen, you will see “App doesn’t support split screen” at the top when you press and hold the app. 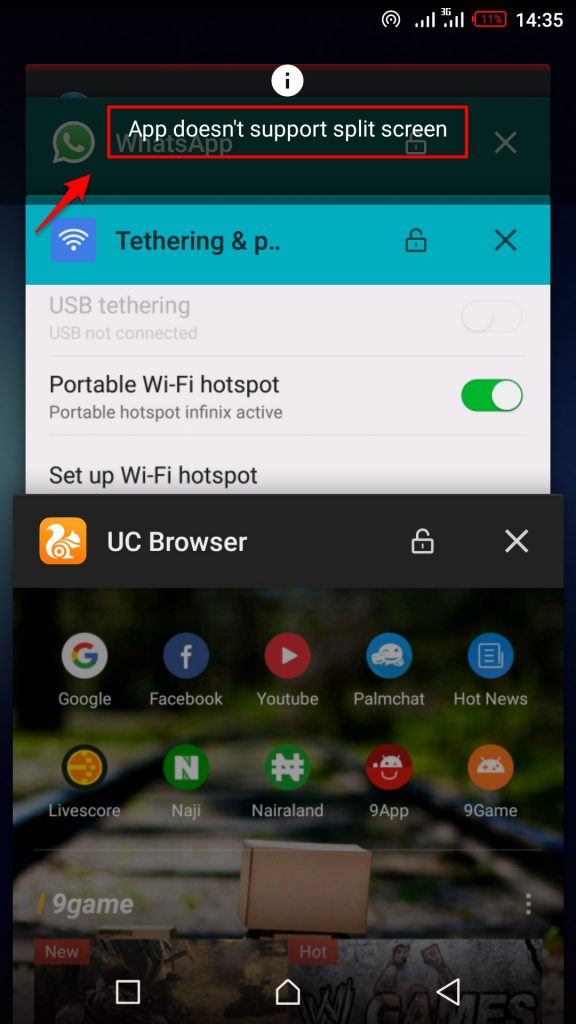 Step 3. Once the first app is in place, simply select the second app and it will be right under the first app. Now both apps will be live on top of or beside each other. 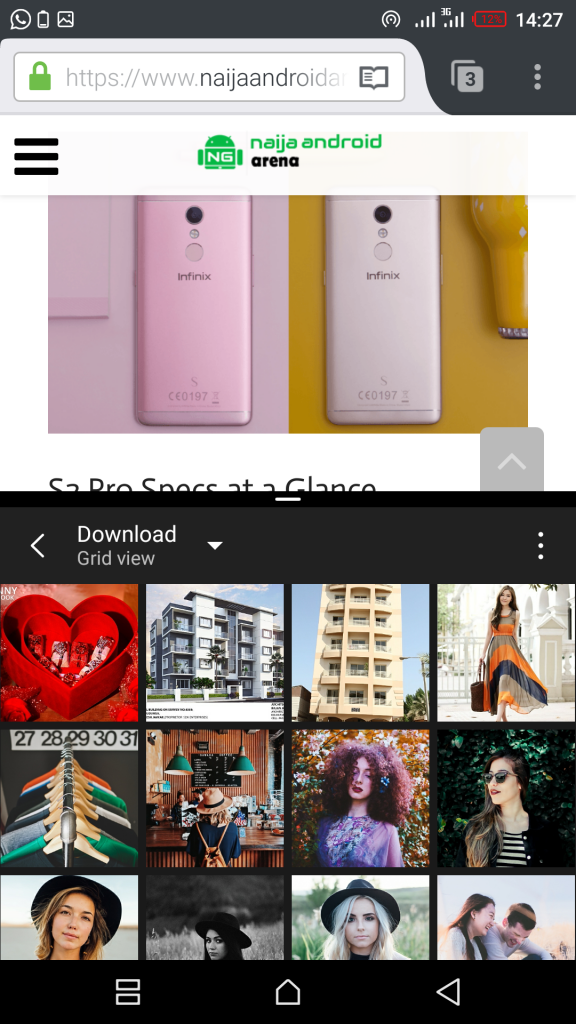 1. You can resize both apps to your liking by dragging the black bar in the center of the display. 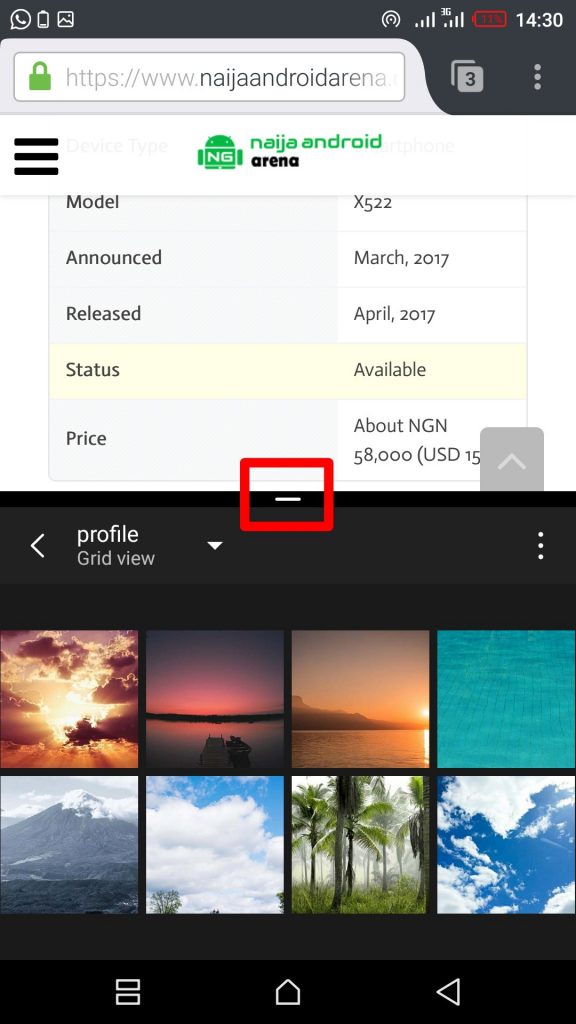 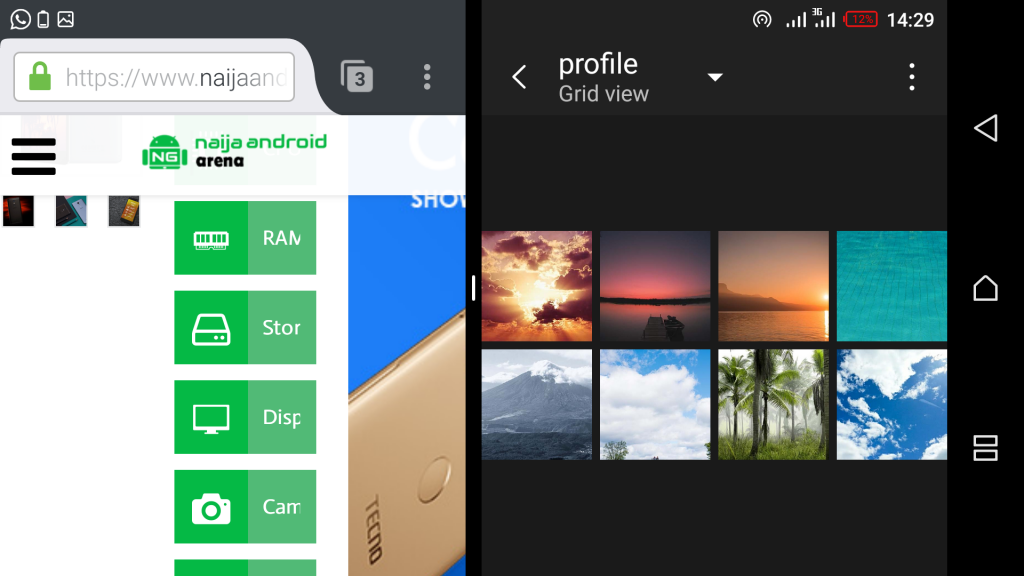 3. Pressing the home button will take you straight to the home screen, but tapping the multitasking button will bring both apps back into view.

4. If you want to replace one of the apps with something else, then tap on the multitasking button in the navigation bar. The app at the bottom will go into multitasking view, allowing you to select the app you wish to replace it with.

5. To quit the split screen mode, simply drag the black bar at the center of the display to the top or to the bottom, (depending on the app you want to close), and the split screen will come to an end.

Alternatively, you can tap and hold on the multitasking button in the navigation bar to do the same.

That’s that on split screen.

Just curious, how the split screen take dey epp you?