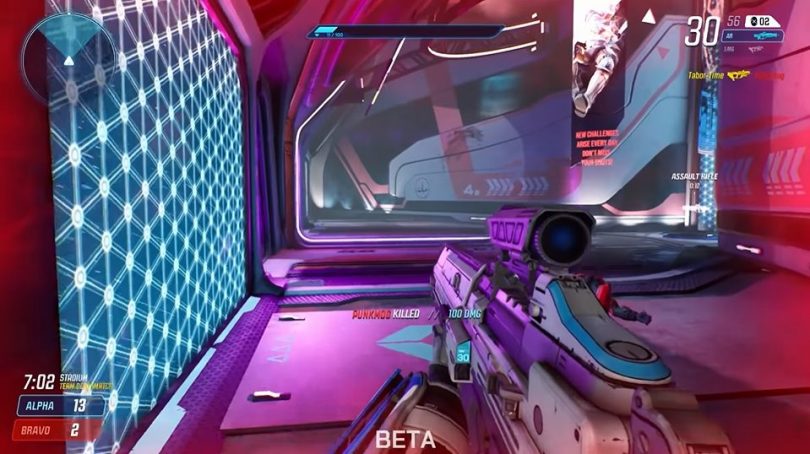 Ever thought of what a game would look like if it had features of Quake III Arena mixed with the thrill of the Portal? Well, Splitgate is here to bring your dream to reality for you in the gaming world. For all the gamers who were anxiously waiting for a thrilling hybrid of Quake III Arena and Portal, Splitgate is here to make you stick to your gaming chair for hours.

Whether you want to battle up to ten opponents or go against bots of different levels in an online match, Splitgate is here to make your gaming experience more exciting. But before you jump into Splitgate, you need to know a lot of things first. You can either buy the best Splitgate Hacks online or read this article. We have carefully rounded up the best Splitgate hacks that are going to help you secure victory.

Have you ever played Valve’s Portal? If yes, then you might already have a good idea of how to connect areas using portals. But, if you are someone who wants to indulge yourself in the game – worry not – you can quickly get familiar with it. In Splitgate, you can place two portals – purple and gold.

Press Q to place the former and E to put the latter portal. Also, note that you cannot fire portals anywhere; they must be appropriately positioned on holographic wall panels. Also, if you need to identify which portal belongs to your team, just look at its color. If it is blue, then it belongs to your team, but if it is red, be extremely careful as it is the enemy’s portal.

If you also think of the portals just as a medium to take you from one place to another, then you are not the only one. Many players use these portals only as navigation tunnels during their initial stage. But do you know the portals you set up can act as a potential trap for your enemies? If not, then do jot down this hack in your notebook.

Creating a portal under your opponent’s feet and letting them drop straight through it will never get old, and it is a fun trick used by many veteran players. You can even set a potential trap for your enemy with these portals. Simply create a portal and make sure that your enemy sees it when you pass through it.

They will surely follow you, and once they pop out from the other end, you can quickly take them out without any delay or risk.

In Splitgate, every player starts at the same level to promote fairness in the game. But you can turn the tables by getting hold of powerful weapons in the game as quickly as possible. If you have no idea which power weapon you should snag, go for a sniper.

For starters, you can go for a precise aim at the head to rapidly kill your foes with a perfect headshot, but for all the gamers who lack marksmanship, you can try to aim at the upper body. But remember, as soon as the match starts, try to find a sniper. You might not be a sniper master in other shooter games, but Splitgate definitely lets you try your skills with a sniper in the game.

If you have been using grenades to blow up the enemy team, then let us tell you another great trick using grenades. In Splitgate, grenades are used as excellent EMPs to nullify your opposition’s portal. If your enemy was lucky enough to set up a quick portal to escape, you can instantly launch a grenade and spoil their day.

Or even great, if you know where the other end of the portal is, you can use a grenade to close that end and lock the enemy team in the portal.

So there you have the best tips and tricks to help you dominate the battlefield of Splitgate in every match. Initially, you might feel overwhelmed due to the new environment, but do not get too queasy while passing through the different levels.