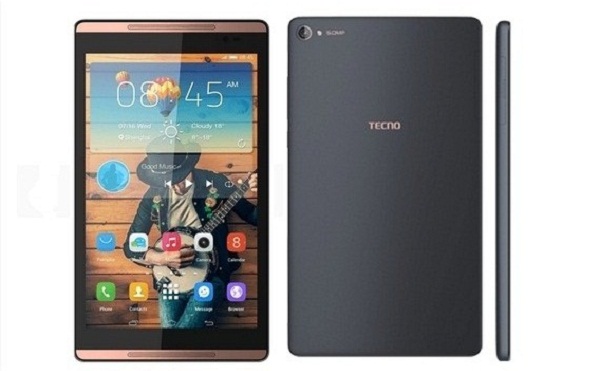 The Tecno 8H, also known as Droipad 8, is a tablet created to be unique in a number of ways by Tecno Mobile.  It is the first tablet to run the latest version of the Android OS, the 5.0 (Lollipop) which has a lot to offer in terms of productivity.

The Tecno 8H (Droipad 8) is virtually an entertainment center, given its music system that provides exhilarating experience when listening to music or watching video.  It also avails its users the option of manipulating the device through gesture control technology.  This is all at a moderate price.

The battery department for the Tecno H8 tablet is superbly taken care of with a large capacity 5100 mAh Li-Ion removable battery offering up to 600 hours standby time and 15 hours talk time.

Operating System for Tecno H8 tablet is Android v 5.0 (Lollipop) which is the latest Android version.  In addition to access to numerous apps and games the Lollipop allows users to connect all Android devices together and work from any of them.  With the Tecno H8 tablet aided by Lollipop, you can interface smoothly with your phone, car and television.  Thus, the combination of Tecno H8 tablet and the Lollipop OS provides a user with the power to achieve more with great efficiency.

Processor for the Tecno H8 tablet is quad core MediaTek MT8382M with a speed of 1.3 GHz.  Being quad core, the processor ensures fluent handling of different tasks at the same time.  The RAM is 1GB while internal memory is 16 GB with provision for expansion through microSD of up to 32 GB.

Full And Price specs of Tecno H8 (DroiPad 8) Below: