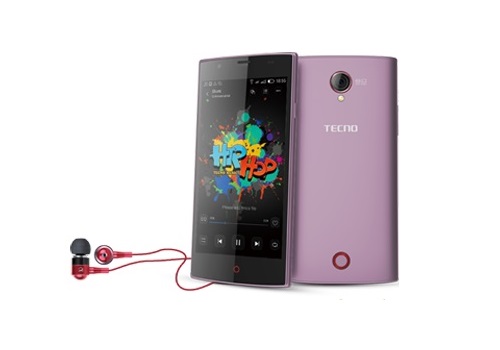 The Tecno Boom J7 is the smartphone every music lover will love to own, Tecno Boom J7 appears to be the latest gadget from Tecno Mobile. The tecno boom J7 is regarded by many as a big rival to the top trending infinix hot note.

That not withstanding, lets have an in-depth look at what this gadget (Tecno Boom J7) has in store for us. ranging from its body design,Price and some of its outstanding features plus the effects it is going to impact in the android market.

With the increasing rate of selfies, camera specifications has become one of the most important things people look out for while choosing an android smartphone today.

It also houses a 2MP front camera front camera even though not up to that of the Infinix Hot Note but can better serve the purpose.

But, I bet you that the Android KitKat on this Boom J7 isn’t bad at all as some android smartphones in the market are expected to run on the KitKat version of Android OS smoothly.

With the advancement of technology, people are now open to running different apps at a time. No one want small storage space on their device anymore.

The tecno boom j7  have got you covered with an awesome storage space embedded in the device. It comes with a 16GB internal storage (ROM) and a 1GB RAM. Although the RAM is not up to the recent standards of probably 2GB or 3GB of RAM, but this device has the power to run your applications smoothly and without problem.

Apart from Camera and RAM of an android device, I believe battery is another essential part of every smart device to be put under serious considerations.

You need to pay close attention to the battery capacity. You don’t expect an android phones to run perfectly on a low capacity battery like 1500mAh.

The Tecno Boom J7 has been given a 2020mAh batterycapacity. This is not the best neither is it the worst. With this we hope the phone has employed some battery saving tips and also little background activities to maximize its battery life.

Where to buy tecno boom J7 in Nigeria