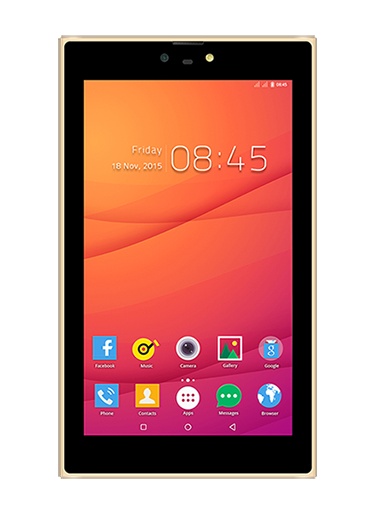 Just as the name indicates, the Tecno DroiPad 7C Pro is an upgraded version of the popular Tecno DroiPad 7C built to appeal to more reluctant buyers. The budget-friendly tablet, described as ‘Pad + Phone,’ comes with a more powerful processor and greater storage memory than its predecessor.

The DroiPad 7C Pro showcases a premium design with a full metal body, which indicates this one is ready to take some beating. It may not be considered excessively thick at about 8.5 millimetres – good enough for a device of this size, actually.

You will be able to get it in champagne gold, silver, or space grey colour. The affordable tablet rocks a 7-inch diagonal display with a resolution of 600 x 1,024 pixels. While this is an IPS panel, wide viewing angles will suffer a bit on this one considering the poor screen resolution.

Under the hood, the Tecno DroiPad 7C Pro packs a more powerful MediaTek MT8321 processor for better performance than the original DroiPad 7C. The quad-core CPU runs along at speeds of up to 1.3 GHz.

It is paired with a Mali-400 GPU and 1 GB of RAM, which some users might consider rather lowly. However, inbuilt storage capacity has been bumped from 8 GB to 16 GB. Users will be able to expand the storage by another 32 GB with the aid of a microSD card. The Tecno DroiPad 7C Pro runs on Android 5.1 Lollipop operating system.

The slate packs a pair of 2-megapixel cameras for the rear and front shutters. Both of the snappers is equipped with LED flash for decent lowlight photography. Tecno droiPad 7C Pro offers dual SIM slots, one of which supports regular SIM and the other a micro-SIM.

Juice will be supplied to the DroiPad 7C Pro by a large 3,000mAh Li-Ion battery backed by fast charging technology. An ultra power saving mode lets you get more out of a charge as well. The tablet has integrated antenna which enables you listen to radio stations without needing to plug in a headset.