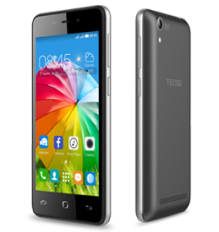 The Tecno L5 can be best described as a lite version of the TecnoL8 while the both boasts of an outstanding battery capacity, the L5 comes with a rather minified screen of 4.5 inches.

The screen has a resolution of 720 px by 1280 px which will provide a great viewing experience, the L5 comes running the android 5.1 lollipop out of the box.

When it comes to storage and processor, the Tecno L5 is equipped with 8GB of internal storage space which the user is  allowed to expand to up to 32GB with SD card, it has a 1GB RAM that works together with its quad core cortex A7 CPU, the CPU clocks at 1.3 GHz.

For photography purposes, the L5 mid-ranger holds a 5MP and 2MP back and front shutters respectively.

This might not be quite good enough for those that can’t go a day without taking pictures, you can capture up to 2592 px by 1944 px quality images with the rear camera that also uses a LED flash. 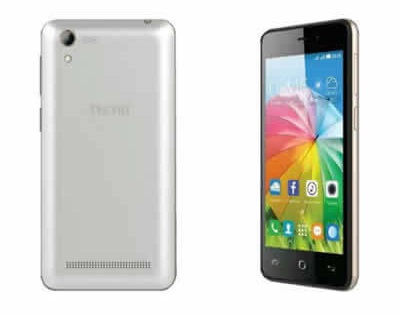 The Tecno L5 covered up what it lacked in other areas with its battery capacity, it sports a massive 5,000 mAh of non removable battery, the battery supports quick charge and can last up to 20 hours of talk time.

The L5 with a very moderate price of 130 USD, about N23,000 to N26,000 in the Nigerian currency; not too expensive and not quite cheap considering the spec sheet, you can get the L5 in either black or white colours.

Detailed specs of the Tecno L5 below: