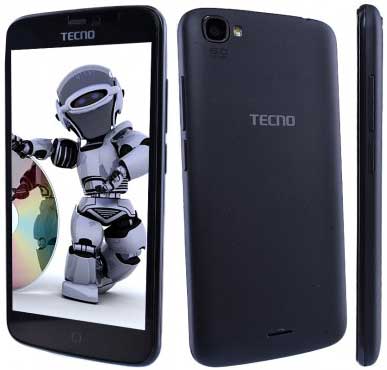 Just as we were still relishing the goodies from Tecno L7 comes another 5-incher by the Nigerians’ favorite -Tecno.

On hearing of tecno L6 for the first time, many will think it’s a mini version of tecno L7 which we did too, to some extent, we were wrong but also right to an extent given that the tecno L6 also rocked a 5 inch display with the Tecno L7 device.

Nevertheless, with the reviews and specs below, we will justify how wrong or right we were, so let’s move straight to the reviews.

Speaking of body design, The look and design of the tecno L6 can be best describe with one word: “Elegant”. The device really looks more premium than one would expect for a mid-range smartphone and what is seen as the mini version of tecno L7.

In OS, The Tecno L6 runs on Android 4.4 KitKat. With a packed-in RAM of 1GB and 8GB of internal storage. With an impressive processor and GPU under its care, the device promises speedy handling of heavy games and apps. So it’s also a good pick for heavy phone users and gamers.

The Tecno L6 also featured an intelligent QuickStart function that allows you to run an application directly from the home screen without having to navigate or scroll away.

The L6 looks a bit different from most of its predecessors, as it deviates slightly in terms of design. As expected, most of the front surface houses the large display with the in-call speaker and TECNO logo at the top, and the capacitive control buttons just below.

Coming down to the battery life, This is where the Tecno L6 really stood out. The device is powered by a head popping 4,500 mAH Li-ion battery.

We were just about concluding the price placed on the tecno L6 smartphone is a bit above its offers before getting choked up in words upon seeing this feature.

This is undoubtedly the most powerful battery Tecno has ever placed in a 5-inch device. And that should keep anyone going for more than a day even with heavy usage.

Detailed specs of the Tecno L6 below:

Where to buy Tecno L6 In Nigeria