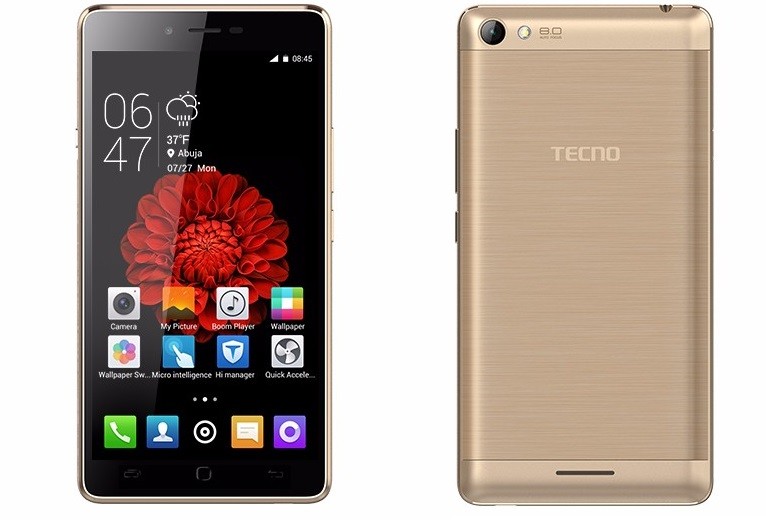 If long battery life is your priority while considering a smartphone to buy, The Tecno L8 might just be what you’re looking for.

The new tecno android phablet has a battery capacity of 5050mAh which supports reverse charge technology, meaning it can be used power other devices, coupled with an amazing 5.5 HD touch screen, the L8 certainly attractive. The screen has a resolution of 720 by 1280 pixels with 267 PPI.

The Tecno L8 mobile phone is powered by a 1.3GHZ Quad-core Processor, you have 16GB internal storage onboard and can be further expanded to up to 128GB with a microSD card, 1GB RAM is there to make sure the device handles your multitasking efficiently.

In the camera section, the Tecno L8 is equipped with 8MP camera quality with its 2MP front camera designed for video calls and selfies. The rear shutter can capture up to 3264 x 2448-pixel pictures, some feature available are: HDR, autofocus, Geo-tagging, panorama with LED flash

The tecno L8 comes with a very recent Google android version 5.1 LolliPop OS out of the box, we expected the L8 to also feature the HI UI (User Interface) as seen in the Boom J8.

Detailed Specs of the Tecno L8 Below