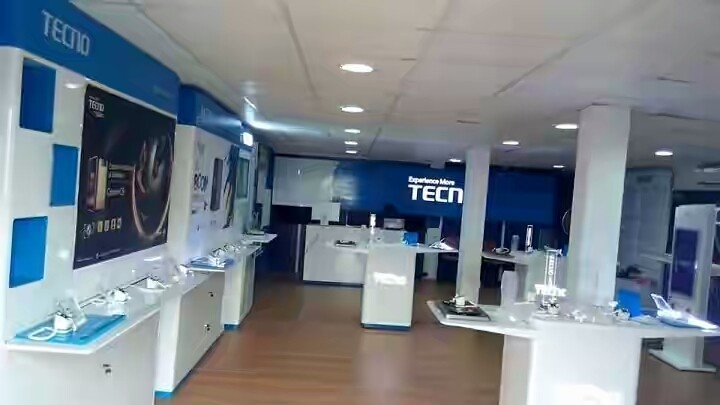 The Chinese phone maker, Tecno, whose business has entered its 10th year in the Middle East and African markets has informed of plans to set up a manufacturing plant in Nigeria.

For effect, the firm said it has secured a large expanse of land in one of the choicest areas of Lagos.

Tecno Deputy Marketing Manager, Nigeria, Attai Oguche, who disclosed this in Lagos, at the launch of the firm’s new mobile devices Phantom 6 and Phantom 6 Plus, said the firm is committed to the Nigerian market, hence the need to site a manufacturing plant in the country.

Oguche said while Tecno has its first African manufacturing plant in Ethiopia, the firm has established presence in 48 territories, “Nigeria, Kenya and Tanzania respectively remain the biggest market on the continent for the phone company.”
The firm said it has revolutionised mobile telephony in well over 30 African countries; giving mobile users global quality devices at affordable rates.

The strategy of adopting innovation works and for Tecno, the turning point was the introduction of dual SIM technology into its range of feature phones and smartphones well before top mobile brands doing business in same markets could respond to a glaring consumer need.

According to him, a close look at Phantom 6 revealed a cleverly crafted premium smartphone.

He said the phone uses 30 per cent less battery life yet delivering 70 per cent more performance speed, stressing that the Phantom 6 matches productivity and style in one elegant, high end build.

Describing Phantom 6 Plus as a ‘Beast’, Oguntimehin said is built to impress; taking performance speed and user privacy/security to new levels.

According to him, the device comes with an impressive MediaTek Helio X20 deca-core processor and a 4GB RAM which helps it support 32 apps running simultaneously without crashing.

Compared to last generation smartphones, he said the Phantom 6 Plus performs 70 per cent better and uses up 30 per cent less battery juice.

“Its state-of the-art tri-fold security combines the most responsive fingerprint and eye-scanner technologies with a free Trustlook anti-virus solution.”