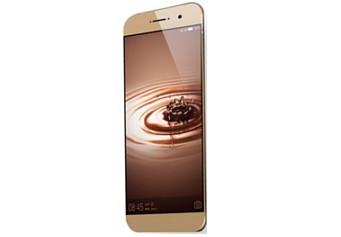 Tecno Phantom 6 and 6 plus launches on 25th September with the launch event held in Dubai for the first time. This is due to the fact that Tecno plans to extend its line of smartphones into the Middle East and the Western markets.

The Phantom 6 is set to surpass the success of its last year’s predecessor and 2015 flagship device of Tecno Mobile – Tecno Phantom 5. The device will be accompanied by a senior relation that will be called the Tecno Phantom 6 Plus.

Tecno Phantom 6 Plus is close to being a tablet, sporting a 5.95-inch IPS Touchscreen display with a Full HD (1920 by 1080) pixel resolution. The display will definitely deliver sharp images from wider viewing angles.

Tecno Phantom 6 has a smaller screen size that measures 5.5 inches with the same screen resolution as the 6 Plus.

Both the Phantom 6 and Tecno Phantom 6 Plus are designed with full metal unibody which gives it a premium feel and look. It is 7.7mm thick, this debunks the old rumor of Tecno planning to make the phantom 6 their slimmest device with just 4.69 mm, the phones will be available in Champagne Gold color.

In terms of System on Chips (SoC), there are no differences between the Phantom 6 Plus and its base variant. The both phones uses a MediaTek Helio X20 Processor that is said to save battery life by 30%. The processor has Deca (ten) cores clocking at the speed of 2.1GHz. This is paired with a Mali-T720 MP2 GPU to ensure that the phone runs seamlessly all the day long with zero lags.

The Tecno Phantom 6 Plus comes with 4GB of RAM and 64GB internal storage capacity, which has an expandability option of up to 128GB via the microSD slot.

The Phantom 6 at the order hand comes with 3GB of RAM and 32GB of internal storage, this can also be expanded up to 128GB using a microSD card. 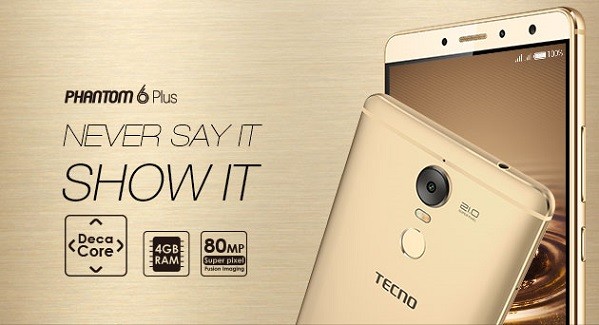 The phantom 6 plus got a bigger share of battery capacity, being equipped with a non-removable 4,050mAh Li-ion battery, it might be disappointing to know that there is no fast charging technology available to help juice up the big battery is lesser time. The Phantom 6 houses a rather disappointing battery capacity of just 2,700 mAh, even smaller than the one found in the former flagship; Tecno Phantom 5.

As we all know, the world is vividly drifting towards a system of payment with mobile smartphones, Tecno acknowledges that by including NFC capabilities in the Tecno Phantom 6 Plus and Phantom 6. Location determination and navigation were also enhanced with GPS & A-GPS, and you’re allowed to share the battery life of the phone with friends and loved ones through the USB Type-C port which provides a USB OTG support.

Tecno Phantom 6 uses a dual camera setup with 13 mega pixel and 5 mega pixel cameras for the rear shooter, the camera incorporates a dual tone LED flash for brighter exposures and features Autofocus and face detection. At the front is an 8 mega pixels front camera for selfie purposes.

At the rear of the Phantom 6 plus sits a dual camera setup, having 21-megapixel lens and Autofocus. A LED Flash is thrown into the mix to give you the power of advanced mobile photography. The rear camera can record quality videos at a resolution of 1080p and rate of 30fps (frames per second). There is an 8MP front camera with soft flash available in both versions of the Phantom 6. 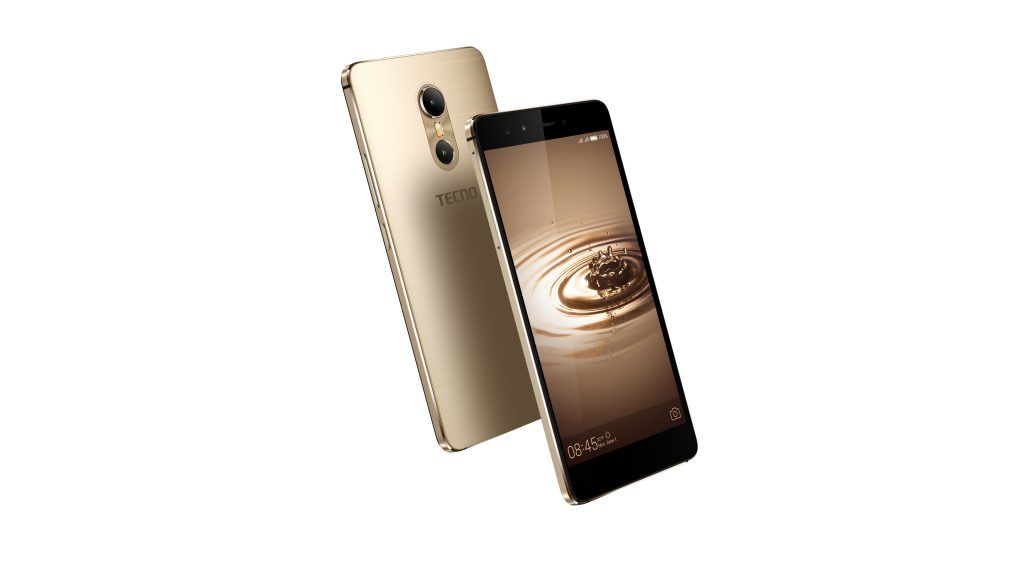 The Tecno Phantom 6 and Phantom 6 Plus comes with Accelerometer, Proximity and Fingerprint sensor. They also uses stereo speakers for sound output. The fingerprint scanner is permanently located at the back of the Tecno flagship devices, it functions as a more secured ID unlock and can also be used to control app permissions in the device. Meanwhile, the Iris scanner is only available in the Phantom 6 plus.

They both boot the Android version 6.0 Marshmallow out of the box, upon which the latest version of Tecno’s custom UI, HiOS version 1.0 is built. The smartphone is also compatible with Tecno’s smartband, the Tecno T-band. Tecno might scheduled an upgrade via OTA (over The Air) for the Phantom 6 and 6 plus to Android 7.0 Nougat.

Meanwhile, the Phantom 6 Plus sells for about N130,000 in Nigeria. The prices of the Tecno Phantom 6 Plus in Ghana and Kenya will be ascertained when the smartphone is made available in these countries.

Tecno Phantom 6 and Phantom 6 Plus Specifications

Will you be going for the next big thing from Tecno after the launching or already got, share your experiences in the comments section.