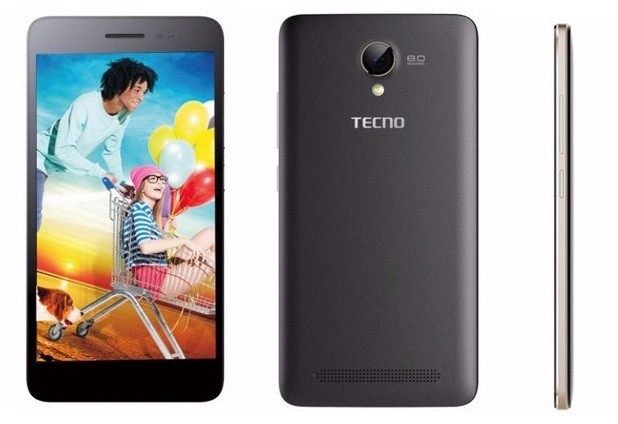 Just following the launch of the Tecno boom j8 that featured android 5.1 lollipop, Tecno went ahead to push out the Tecno W4 and for the fact that the the W4 features android 6.0 marshmallow makes it more incomprehensible of their plans for the boom j8 buyers, but that not withstanding, a marshmallow update has been scheduled for the Boom J8.

The tecno W4 was finished out of plastic in both black and silver colours to suit different tastes, it rocks a 5.0-inch display, the resolution of the full-laminate display remains at HD (720 x 1280 pixels), with 294 PPI (Pixel per square inch)

Looking deeper into the specs sheet of the W4, you would certainly not find an award winner in the storage, battery and camera regions. This new W4 offers a combo of 8-megapixel rear-facing camera and 2-megapixel front-facing camera for image capturing.

The back camera can capture up to 3264 x 2448-pixel pictures and features HDR, autofocus, Geo-tagging, panorama camera with LED flash

The Tecno W4 is equipped with a quad-core MediaTek MT6580 processor, which gets support from 1 GB of RAM. Onboard storage capacity is 16 GB, expandable by up to 128 GB with external storage media. The W4 boots Android 6.0 marshmallow OS as afore mentioned. Unfortunately, the HI UI we saw in the Boom j8 is absent in the tecno W4

Power is provided to the Tecno W4 by a 2500mAh battery, nothing new from what we normally see in most mid-rangers. Talk time of up to 20 hours and web browsing of up to 9 hours are promised on a charge.

Tecno W4 is currently available at leading online stores in Nigeria. Tecno W4 Price in Nigeria ranges between 22,000 to 28,500 Naira (150 USD), depending on your location in the country.