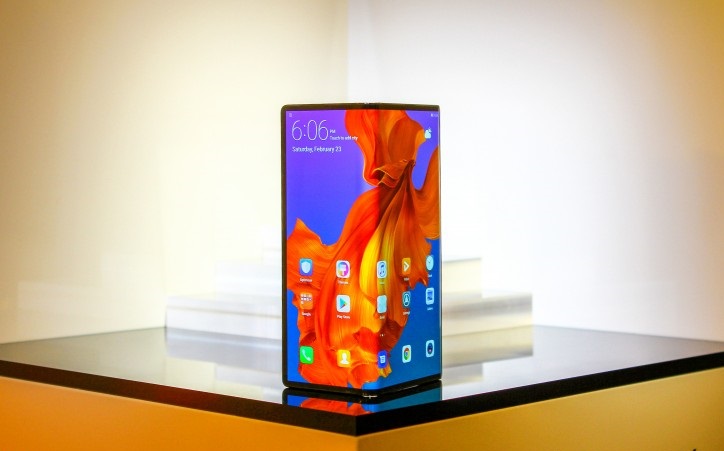 The Huawei Mate X is expected to be finally available for purchase by the end of this month after series of delay in the launching, the device will come with foldable display that can serve as two separate screens when folded. This will be really interesting to see how it works and we hope to see something like that in Tecno phones soon.

From the leaked unboxing video below, Huawei showed the release button for the Mate X screen has been redesigned compared to other prototypes of the device we have seen in the past.

The screen release button was designed with Orange highlight which will to make it easier to detect and also serve as a design accent for the device.

Due to durability concerns, Huawei have previously delayed the market release shortly after Samsung was forced to recall their own Galaxy Fold regarding the same issue. The company is determined to running more tests on the Mate X just to make sure they will only deliver the product when it’s up to standard and durable enough.

Other specifications of the Huawei Mate X is yet to be confirmed but it will sure have some good specs we can look up, it won’t be long before we see that as the device is expected to be available by the end of October, stay with us for more details.