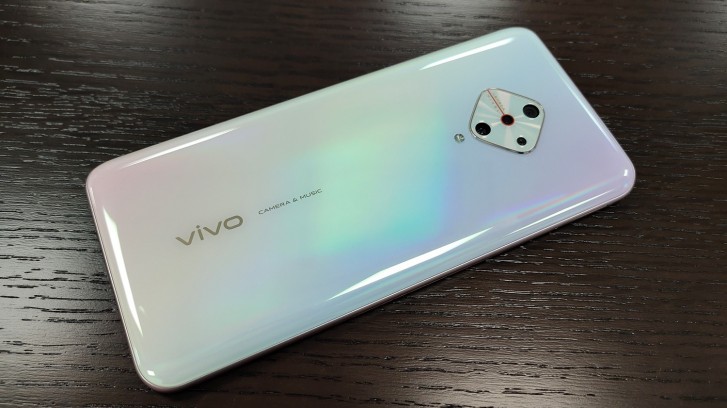 Back in September, vivo unveiled the vivo V17 Pro. Since then, there have been speculations that the brand will follow up with a non-Pro version.

We have now seen what is allegedly the regular vivo V17. This would place the device between the V17 Neo and the V17 Pro.

vivo is yet to give any official word on the vivo V17. However, images of what may be the V17 have surfaced online, and we know some of its features, especially regarding design.

The front of the device features a waterdrop notch housing the selfie camera. Easily noticeable is the big chin at the bottom of the device. It also features small bezels on the right and left sides. The fingerprint scanner is integrated directly into the display. 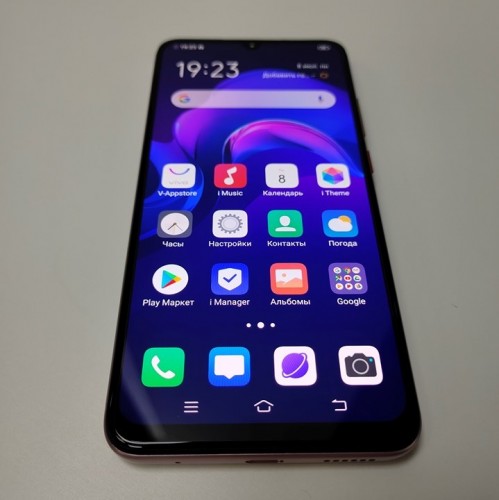 We see buttons that will likely be the power and volume buttons on the right of the device. On the bottom, from left to right, there is a microphone, a USB type-C port, and a speaker.

Going over to the back of the phone, we see a device that looks similar to the upcoming vivo S5. There is a quad-camera setup in a sort of diamond-shaped packaging. The main camera is 48MP but we do not have the details of the others yet. Right below the diamond-shaped plate is a flash. Below this setup, written vertically, we see the “vivo” brand and the phrase “CAMERA & MUSIC”. So, we expect that the device will have something special for photo lovers and music lovers.

Earlier rumors suggest that the vivo V17 will come with 8GB RAM and 128GB internal storage. It will be powered by a 4,500mAh battery.

The vivo V17 will go official later in November. At the moment, the price is still unknown. We will update you with whatever new detail we get before then.