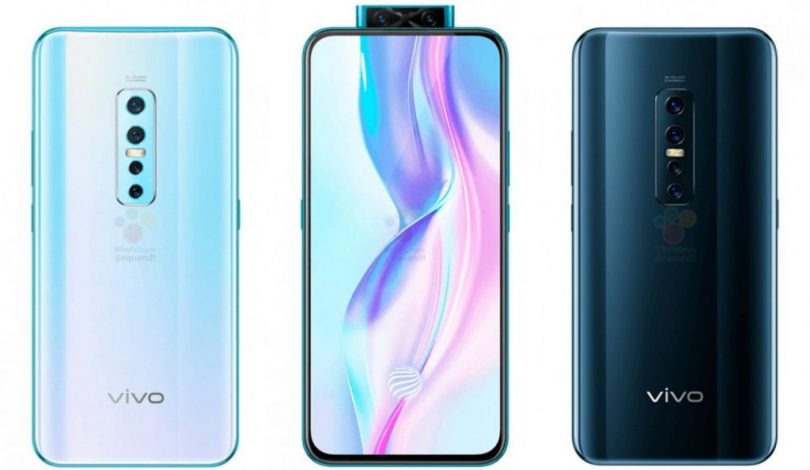 Vivo has been coming up with lots of sleek smartphones lately. The company will unveil the Vivo Nex 3 in a couple of days with a new customisable camera UI.

Asides from the Vivo Nex 3, we have seen leaked promo images and videos of the Vivo V17 Pro. Now, we have some official renders of the device, confirming some of the features and specifications.

According to reports, the specs and images we have are courtesy of WinFuture. WinFuture has a good track record, so we believe that the specifications are likely correct.

On the rear of the Vivo V17 Pro sits a four-camera setup. The main camera is a 48MP sensor. This is joined by an ultra-wide-angle shooter and two 2MP shooters.

The device has a main front camera of 32MP with wide-angle optics. This is joined by a 2MP depth sensor. The Vivo V17 Pro comes with an almost full-screen display and no notch. So, as regards this front camera, the dual-lens setup comes in a small motorised periscope-like unit. What this means simply is that the device features a pop-up dual-camera setup.

The Vivo V17 Pro comes with the Snapdragon 675 SoC. This is the same chipset that the company used in the earlier V15 Pro. The V17 Pro comes with 8GB of RAM and up to 128GB of internal storage. The battery that powers the device is a 4,100mAh.