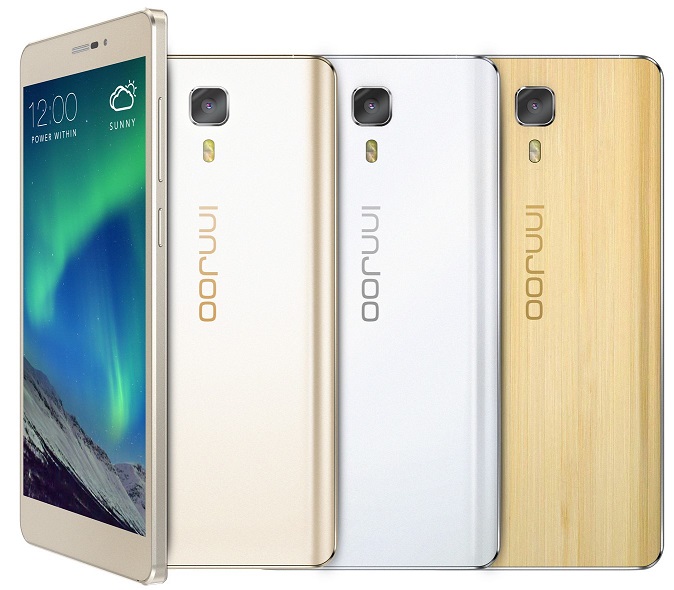 One can rightly say that Innjoo Fire Plus is more or less an upgraded version of the Innjoo Fire. Its major difference over its beloved smaller sister is its bigger HD display and a high capacity 13 megapixels camera at the back plus not withstanding, a bigger and better battery of 3600 mAh.

Buy Innjoo Fire Plus From Jumia, pay on delivery and quick Delivery for N27,600 BUY NOW

In terms of design, The Innjoo Fire Plus is very similar to the Normal Innjoo Fire android.

It comes in many colour varieties with a neatly designed polycarbonate shells in with the same colour options as the Fire Android: classic black, elegant white, luxury gold, or natural bamboo yellow.

Innjoo Fire Plus runs comfortably the Android 4.4 (KitKat) on a 1.4GHz octa-core processor with 2GB of RAM. It manages a 16GB built-in storage (well, did I just say manage?), which you can extend by up to 128GB using a microSD card.

Innjoo Fire Plus features a 5.5-inch IPS display with a 720 x 1280 pixels resolution, which is way better than what I will describe as a pedestrian display from the Innjoo fire.

At the back is a 13 megapixels camera with a LED flash, a lot better than the underwhelming 5MP camera on its smaller cousin. Innjoo Fire Plus features a 5 megapixels front facing camera.

The Innjoo Fire plus promises a better and improved battery life with It’s 3600 mAh battery.