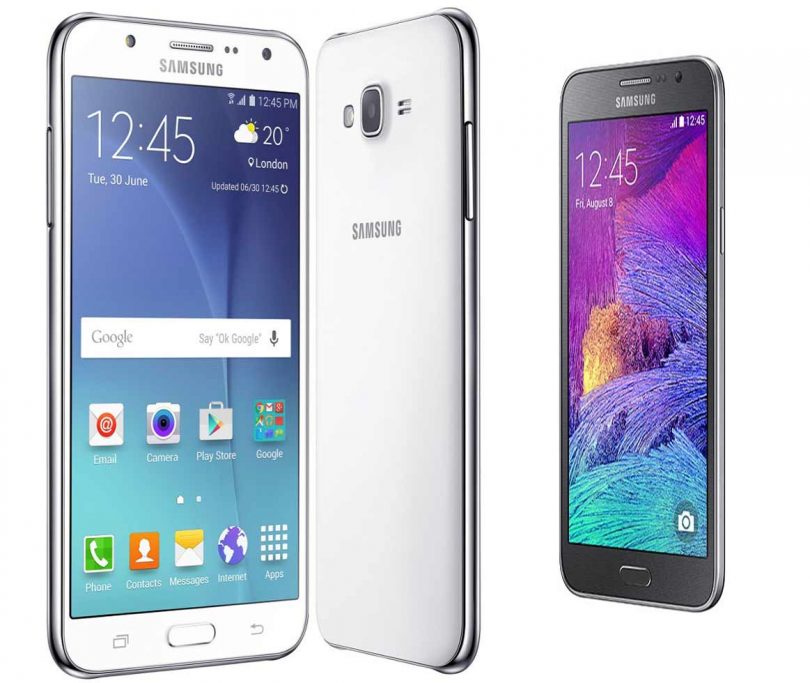 The Galaxy J7 comes with Android 5.1 Lollipop which is the newest Android version available, it has almost similar spec sheet as the Galaxy J5 only for the improved battery life and a bit larger screen size.

The Galaxy J7 has a 13 megapixel rear (primary) camera, which will produce high quality photos. Its 5 megapixel front camera makes it a good selfie phone. It can capture 1080p high definition video with its primary camera, which is second only to 4K in terms of recording quality.

The Galaxy J7 has a 5.5 inch screen, The screen has a resolution of 1,280 pixels by 720 pixels, making it a 720p HD screen. Screen sharpness can be measured in the density of pixels per square inch of screen, and at 267 PPI, it’s sharper than most smartphone displays.

The Galaxy J7 carries along an octa core Qualcomm Snapdragon 615 MSM8939 system on a chip. Its CPU runs at 1.5 GHz, which is a bit higher than average for a phone’s CPU.

For memory and storage, 1.5 GB of RAM means that it has more memory than an average smartphone, which will boost overall phone peformance.